“Families are like quilts, stitched together one piece at a time.”

When I first became engaged, one of the new traditions was to travel to the countryside of North Carolina and spend time with my then fiancé’s family.

His maternal and paternal grandparents lived on farms just a few miles apart, and both lived exactly how you thought one might live on the farm. Suppers with every vegetable known to man, two types of meat, and sweet tea. Grandmothers and Aunts in the kitchen, men in the yard, all spending time talking and relaxing. Using what they had, before buying anything new, and wasting nothing.

After dinner, the women would talk about recipes and Grandma would usually bring out her latest project, to show, get comments, and even help on. During one of these visits, my future mother-in-law and her mother talked about making a butterfly quilt. They were using scraps of fabric from past dresses, shirts, and skirts, and the backing that each butterfly would be appliqued to, white sheeting,  was possibly the only fabric purchased. Grandma shared fabric, black embroidery thread, and quit sheeting pieces with her daughter. They had ordered the pattern from “Laura Wheeler” in New York and made copies to share as well.

That was the summer and fall of 1976. I don’t remember seeing or hearing anything more about the quilt until August of 2020. My husband’s grandparents and parents have all passed on, leaving countless items behind. When my in-laws were in a nursing home, their home was emptied and remodeled. The contents were put into storage units to be sorted through when the time was right. Little by little boxes and containers have been drifting into our home as we slowly and carefully look through them. Everything from photo albums to holiday decorations.

As I was cleaning and organizing, I found a worn and torn cardboard box with fabric, sewing notions, old photo negatives, and a few crocheted doilies inside. After digging and trying to sort through the items in the box, there, wrapped in a drycleaning bag, were the applique butterflies from years before. There were calico, gingham, solid, striped, flowered, and plaid butterflies. All were sewn to the sheeting using a buttonhole stitch of black embroidery thread. Some were stitched as neatly and evenly spaced as close to perfect as you could find, others a little less perfect, but each stitched completely by hand. My mother-in-law was not one to sugar coat things, but also harder on herself than anyone else. She would profess that she did not spend much time in the house sewing, as she was needed in the fields after her brothers had all enlisted in the armed services. I know she would have claimed the imperfect squares, but I can almost bet they were sewn by her younger sister Carolyn, who was born with Down Syndrome and was never excluded from anything that the others were doing. I remember some of the fabric used for the butterflies as dresses that Carolyn and Grandma wore. Also in the box was the pattern, carbon paper, and poor Xerox copies of the pattern. They adapted the pattern from a “Butterfly Puff Quilt” to a very simplified applique quilt.

After looking over the pattern, I began to look at the actual butterflies again and started counting.  There were ninety squares in all. Ninety hand-stitched appliqued butterflies of every fabric color available to them over forty years ago. I tried to sort pastels from primary colors and an assortment of prints and solids. A lifelong friend and experienced quilter was called in to “consult”. We decided on making two quilts, one for each of my daughters, but soon realized there were enough squares for three quilts with a few more left to use for pillows.

Fabric was selected to compliment the three stacks of butterfly squares, and the cutting and assembly began. A yellow quilt, a pink quilt, and a grey quilt. The piecing took place in early fall, and the actual quilting was done by machine on a longarm quilting machine, so the quilts could be given as Christmas gifts. I’m sure Grandma would have set the quilt frame up in the living room, and they would have been quilted by hand, but I like to think she and my mother-in-law would have approved of how the squares were divided, pieced together, and machine quilted.

“We stitch together quilts of meaning to keep us warm and safe, with whatever patches of beauty and utility we have on hand.”  Anne Lamott

Are you ready for the holidays? We have been sewing, and sewing. Please check out the new items in our shop!

Grow a Bean Tepee, a fun yard project for all ages.

It started in March 2020 with 12 one-gallon pots, some dirt, and an assortment of bean seeds.

We placed the pots in a semi-circle rather than digging up the yard.

Add one very helpful toddler, a large bag of dirt and we were in business.

We added bamboo for the beans to climb on, then the pre-soaked seeds were carefully planted.

Leo loved being in charge of the beans. So some pots had more than others. We planted Purple Beans, Pole Beans, and Stringless Green Beans.

So fun standing inside the tepee!

And a selfie after out planting was finished. Now for them to grow!!

Fast forward two months and the beans are climbing up the poles! (We did add twine between the poles to help the beans to climb).

Another month of growing and some of the beans were ready to be picked!!

Look at all of the beans we picked!!

Then we snapped the beans, and pot them in a pot.

To our surprise, the purple beans turned green when they were cooked! They were YUMMY!!

If you are in need of masks please email Wendy at wcarriker@gmail.com for orders and available fabric colors.

Sewing is my therapy.
Right now it is helping me cope during these “Safe at Home” days
(North Carolina has been sheltering at home since March 16, 2020).

It started with a few masks for the Cafeteria staff of our school system, as they continue to serve meals to the students in our community.

Then requests came from Businesses, Hospice, and friends near and far.

Over 600 masks have been made and distributed as of 4-20-20.
Please let me know if you would like a mask, all I ask is that in return you make a
donation of food or money to a school feeding program.
Food insecurity is a huge issue in our area under normal circumstances.
It’s even more important to make sure the children and families in our community
have food to eat during these times.
If you would like to make a donation to the Hungry Bears Feeding program,
please send your donations to:
Mount Airy City Schools
351 Riverside Drive
Mount Airy, NC 27030
Memo: Hungry Bears Backpack Program
Fabrics vary as I go through my vast collection of remnants.
Stay Home
Stay Safe
Take Care!
Wendy
wcarriker@gmail.com

Everyone can use a pack of tissues in their bag or suitcase. These Red and Blue GFWC logo embroidered pocket tissue holders come complete with a travel size pack of tissues in Leadership Red or Federation Blue, or any other color you might like!

Keep an eye on your luggage with these clear plastic luggage tags. GFWC machine embroidered logo on one side, room for a business card on the reverse.

We love quotes, and especially quotes about strong, remarkable women! These towels can be embroidered in a wide assortment of colors. We have towels in red, royal blue, turquoise, black, white and tan. We also have white with turquoise, red, pink or green check trim, white with black boarder….and the list goes on. Send us a message and customize your items today.

Wendy Jane Creations began 40 years ago with Baby Bibs made of Counted Cross Stitch fabric, and sold in needlework stores to be stitched on by the customers.

From there we created needlework kits, decorative house and yard flags, English Smocked children’s clothing, bookmarks for Counted Cross Stitch to machine embroidered aprons, dish towels and back full circle to machine embroidered baby bibs, and baby items. There have been many products along the way, and we are grateful for your support and patronage over the years.

We are proud to be able to give back to the community through donations of goods (Surry Arts Council, Arts Ball, Festival of Trees, Civic Club events etc.) and each purchase of a Mount Airy Bear’s Flag supports Vincent’s Legacy, Kindness Rocks.

Thank you for your years of supporting our creativity and patronage.

Someone in our family was having one of those birthday’s with a “0” in it, and is also a little hard to shop for. The idea of a vertical chess board came into the conversation. We had looked at one on a web site, but it was pretty expensive, and thought, can’t we make one?

We were in the process of having new flooring installed, and I asked our “flooring guy” Jimmy if he could help get the “shelves” needed and put them in place for me. But first I had to break out the glass in the frame, because it was secured to the front of the frame, not just placed in.

You have heard the saying measure twice, cut once? We measured at least 4 times, to make sure the shelves were the right size and distance apart.

Jimmy also put small spacer pieces on each side to help hold the shelves in place, and give the shelves stability.

Next the shelves were spray painted black.

The back of the shadow box was a soft foam board. It was measured off, and painted. We didn’t have to worry about the lines being exact, because the shelves would cover the top and bottom of the painted squares. Because the back was soft, it did absorb quite a bit of paint.

Over the past few months, we have been creating some new items, for a new baby! (are there any other kind of babies?)

We were told that the nursery would have an animal theme, so the embroidery began with assorted animals on denim, all stitched in earth tones.

To add some fun, primary colors, and a jungle print were added.

The primary colors were also used for the backing.

Delivered and placed near the crib. This was truly a labor of love!

Every year these ornaments are hung on our family Christmas Tree, and every year decorating and un-decorating, takes me down memory lane.

The ornaments began with the birth of our first child, and a way to showcase a new  Counted Cross Stitch product that we were selling in our retail store in the early 1980’s. It was a Lucite Ornament, that you could add cross titch to one side and a photograph to the other.

The photo of “Baby Melanie” with her father, and a piece of Counted Cross Stitch with “Thank Heaven for Little Girls 1980” on the back (pictured) started a tradition that I am so thankful for.

Each year adds special memories for each of our daughters and milestones for our family, including sweet 16 birthdays, graduating from High School and College, family vacations, candid shots and even the family pets.  Each ornament including cross stitch or embroidery with the year and important events on the other side.

After 40 years of marriage, this year our tree was almost all pictures, and a few prized store bought ornaments. As the years have passed, sometimes finding the ball ornaments that started it all, or the Lucite disks, has been harder than others. With the added embroidery machines, we now have an assortment of ornaments, which are always made in triplicate, to share with our daughters.

Because after all, a photograph is just a pause button on life. 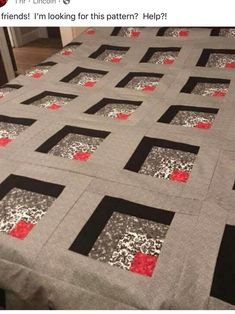 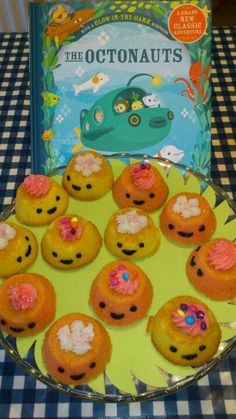 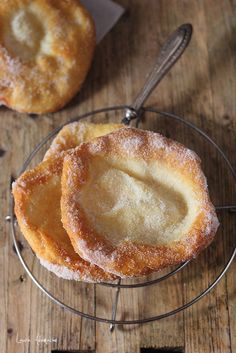 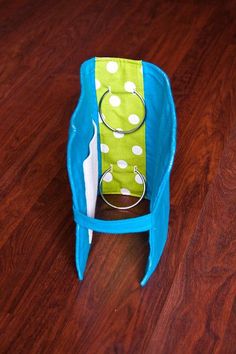 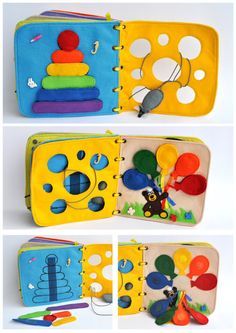 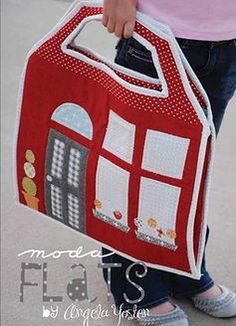 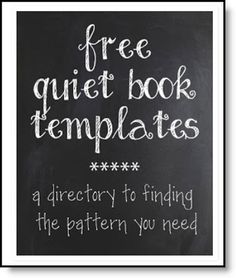 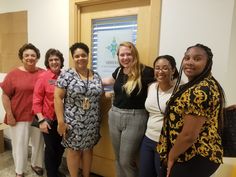 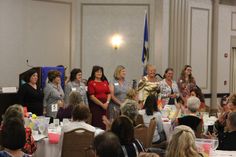